If you’re struggling to make ends meet, you might think payday loans and credit cards are your only option – but it has landed Miranda Malanga £11,000 in debt.

Miranda, 34, who lives in Oxfordshire and is now a security manager at a pharmaceutical company, found herself in a ‘vicious circle’ of taking out payday loans to pay her bills when she was home ‘university.

Payday loans are short-term loans, usually for small amounts of money, given to people who are struggling to grow their money until the next payment – but they usually come with high interest rates.

Miranda’s reliance on these loans, as well as increasing credit card debt from spending too much money at her favorite stores, meant she owed £11,000 when she finished school.

Miranda fell into the common trap of taking out new loans to cover what she owed elsewhere. 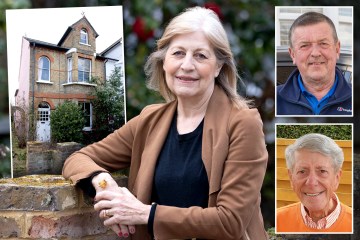 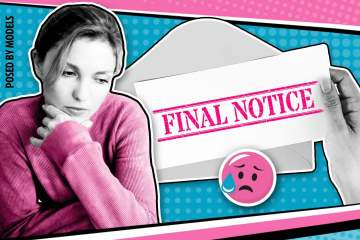 She also owed £2,500 worth of store cards – a type of credit card you can only use in one store.

“Being in debt made me feel defeated,” Miranda said.

“I wanted to be out of my situation as quickly as possible.

“I missed some payments on my payday loans, and was constantly being chased with phone calls, letters and emails.

“Some of the companies I took loans from sold my debt to a debt collection agency – it was really scary to be sued by them.”

In 2014, Miranda decided to “stop putting my head in the sand” and start paying off her debt.

In just 18 months, she had cleared everything and started accumulating savings, eventually even buying a house. She explains how she did it.

Miranda sat down and rummaged through her finances to figure out exactly how much she owed and to whom.

“I wrote down each company I owed money to and calculated how much I could afford to pay each month to clear each debt,” she said.

“I called each lender, was honest and shared details of all my debts to see if I could put together a more affordable repayment plan.”

After agreeing better repayment rates with most of her lenders, Miranda figured out which debt to focus on – so she could repay more than the minimum amount each month.

“I decided to use the snowball method to clear my debts,” she said.

“That meant settling my smaller debts first and paying off the bigger ones last.

Although many experts advise you to settle the debts with the highest interest rate first so that you end up paying less interest, this does not work for everyone.

Miranda said: “I thought it would motivate me to keep paying off my debts – I wanted to see that I was making progress on my plan.

“Psychologically, this method helped me stay focused on my goal.”

To settle her debts faster, Miranda tried to reduce her expenses as much as possible.

“I would aim to spend £100 a month on food, avoiding branded goods and buying things in bulk,” she said.

“Meal planning helped me stick to that budget because I was only buying the things I needed.”

She got rid of the subscription, saving nearly £100 a month.

“I had a few magazine subscriptions which saved me £30 a month after I canceled them.

Miranda also said she had ‘quit my social life’ to save £250 a month.

She used to spend up to £100 a month to see her friends and £150 on train tickets to see her family and then-boyfriend.

But she stopped that, choosing to stay and save her money instead.

It took Miranda 18 months to clear her debt.

“I felt good, but realized I had no savings,” she said.

“I had spent so much time settling my debts when I could have saved money for a trip or saved an emergency fund.”

Her debt also left black marks on her credit rating because she missed some repayments on payday loans.

Your credit score indicates how well you’ve managed your borrowings over the past six years.

Lenders use it to decide whether or not to give you credit. Thus, a bad score can prevent the acceptance of your request.

Miranda waited until 2020 before she could start thinking seriously about buying a house she had saved up for.

Having black marks on your credit report makes getting a mortgage much more difficult, but by then she had managed to improve her credit rating significantly.

She said: “I regret taking payday loans. “I was in dire straits where I needed the money, but if I could go back, I never would.”

How to get help with your debts

If, like Miranda, you find your debts unmanageable, there are steps you should take to resolve your situation,

Here’s how to get yourself out of the red.

Dive into your finances

It can be tempting to try to ignore your mounting debt if you’re struggling to pay it off.

But the first thing you need to do is sit down and figure out exactly how much you owe and to whom.

Once you’ve done this, you can calculate a budget based on your expenses to see how much you can afford to repay your loans.

Talk to your lenders and be honest about your situation – you may be able to negotiate a more affordable repayment plan.

If you don’t have enough money to pay everything you owe, pay off your biggest debts first.

These are the ones that could see you losing your home or paying exorbitant interest rates, for example – like your mortgage, council tax and energy bills.

Pay more than the minimum

If you can afford it, you should try to pay off more than the minimum amount of your debt each month.

Only meeting minimum repayments means it will take a lot longer to clear your debt and you’ll end up paying more interest as well.

See how much more you can afford to pay each month, then decide which debt to focus your efforts on.

You can get free advice on how to pay off your debt.

Here are some charities and organizations that will help you get your finances under control and you won’t have to pay them a dime for their help:

We pay for your stories!

Do you have a story for The Sun Online Money team?